China will soon start official operation of the world’s fastest train service, knocking an hour off the 1,318km journey between Beijing and Shanghai.

The Beijing-Shanghai line will start on September 21, while operation in the Beijing-Tianjin-Hebei area starts on Monday, state media CGTN reported.

At present, the fastest trains in China, which have their top speed capped at 300km/h, are named Hexie, or Harmony, a key slogan for Xi’s predecessor Hu Jintao.

China had briefly tried a maximum speed of 350km/h, but a deadly train crash in Wenzhou, Zhejiang province, in 2011 forced the railway authority to reduce the upper limit.

However, the desire to up the speed on the world’s most extensive high-speed network remained strong as the country tried to stay ahead of Japan, Germany and France in a technological race.

China’s bullet trains and railways are now a key product for Beijing to sell to other countries, especially under the “Belt and Road Initiative”.

The Beijing-Shanghai route is one of the most used lines, with around 600 million passengers using the service a year since it opened in 2011, according to China Railway, the state-owned operator.

The line is also one of the most profitable in China. China Railway has not released financial data for specific lines, but a bond issuance prospectus last year said the corporate entity running the line made a profit of 6.6 billion yuan in 2015, or about US$1 billion.

According to the current train schedule, the fastest bullet train running between the cities takes four hours and 55 minutes, and most bullet trains take around 5½ hours. A one-way ticket costs 553 yuan (US$83) for a regular seat and 933 yuan for a first-class seat.

It is not known whether China Railway will raise ticket prices after the speed is increased.

Authorities tested the 350 km/h services on some parts of the line last month and the results convinced officials they would be able to run at higher speeds along the whole line.

According to Xinhua, the trains are capable of going even faster and have a maximum speed of 400km/h. 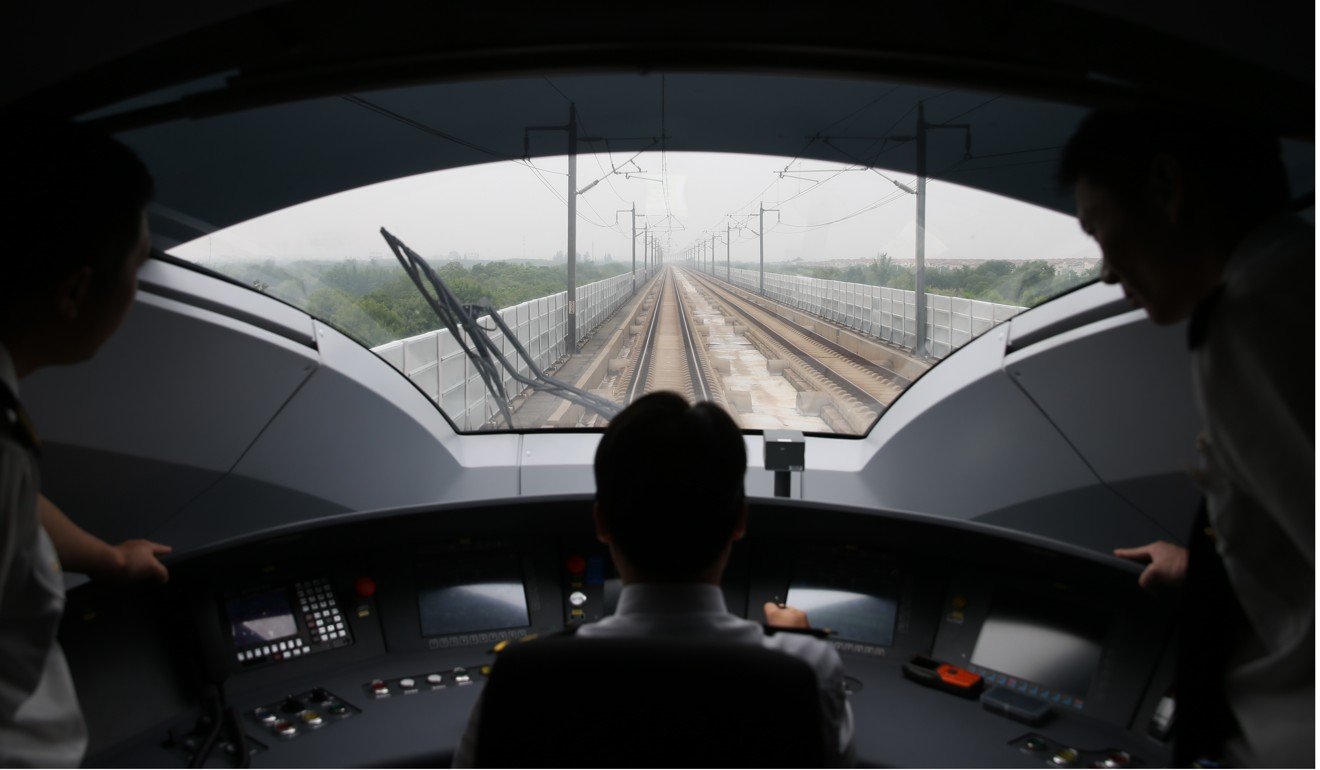 Zhao Jian, a professor at Beijing Jiaotong University and a leading researcher on the country’s high-speed railway network, told the South China Morning Post that the higher speeds could increase the risk of collisions, so to avoid accidents the railway operator would have to reduce the number of trains on the line.

China’s bullet trains have developed rapidly over the past decade since the opening of a service between Beijing and Tianjin in 2008.

By last year there was about 22,000km of high-speed line, or about two-thirds of the world’s total.